We are not just a single entity, we are a community. People coming together to fight the American Prairie Reserve to save our land for current and future generations. We are not only the generations of farms, ranches, business owners, and families that homesteaded in this area, but everyone that calls central Montana home. This grassroots movement has grown because it doesn’t just threaten the cowboy, it affects the country as a whole. APR not only threatens production agriculture, they threaten the American way of life.

APR has been here for about 15 years, pretending to be new neighbors just wanting to blend in. Recently their gloves have begun to come off, and people are getting a clearer picture about what their success will mean. APR contends that a tourism economy will make up for the displaced population, but APR’s promises of new tourism opportunities ring hollow. This has sparked a grassroots movement in the communities that APR wants to take over and eliminate. Signs with the message “Save The Cowboy, Stop American Prairie Reserve” are now ubiquitous throughout the area.

The APR aim to control 3.5 million combined acres. They have purchased 104,578 acres of private land. There are 315,047 acres of public land managed by the Bureau of Land Management (BLM) attached to those private acres that the APR then leases. They are buying up thousands of acres of private land and plan to stitch together those federal and state lands associated with their acquired properties. APR’s other goal is to gain control of the Charles M Russell National Wildlife Reserve which is already the second-largest wildlife reserve in the lower 48 states. It consists of 1.1 million acres and 375,000 public acres of the Upper Missouri River Breaks National Monument.

APR is a well-funded, well run non-profit NGO which derives nearly all of its support from outside of Montana. Fewer than 10 donors have provided over 80% of the funding for APR’s land purchases. APR seems intent on forcing their idea about land use on everyone who does not agree with them. They claim that their ideas are far superior to those who have managed these lands for the last century. The aim of Save The Cowboy is to raise awareness of the plans of the APR.

So what’s the problem?

Currently home to less than 1,000 head of bison the APR’s goal is to increase the existing herd to 10,000 head of free-roaming bison. This means that neighboring landowners will be forced to have wild bison on their land as well. This creates a risk for transferring diseases such as brucellosis and damage to crops causing economic loss. APR has stated that they do not intend to manage their bison as livestock owners. When ranchers reach their objective number of animals in their herd they cull the older less productive livestock. They also castrate the males and sell the annual production, maintaining an optimal number of cattle to protect the rangeland resource. APR does not plan on culling the older/weaker bison or castrating the males they will depend on large predators like wolves and grizzly bears to manage the population for them. An example of this management is Yellowstone National Park. This increases the burden on neighboring ranchers to protect their livestock which is their livelihood.

APR also wants preferential treatment for the public grazing permits they control. They have requested to graze public land year-round, which no cattle or sheep operations has the freedom to do. Ranchers have cooperated for years with BLM and CMR to establish best practices for grazing, building fences to provide opportunities for rotating pastures and reducing overgrazing. They also built reservoirs and put in waterlines and water tanks which benefit both wildlife and livestock. The APR’s plan removes some of those fences and water improvements and ignores the established best practices for grazing reducing rangeland productivity. 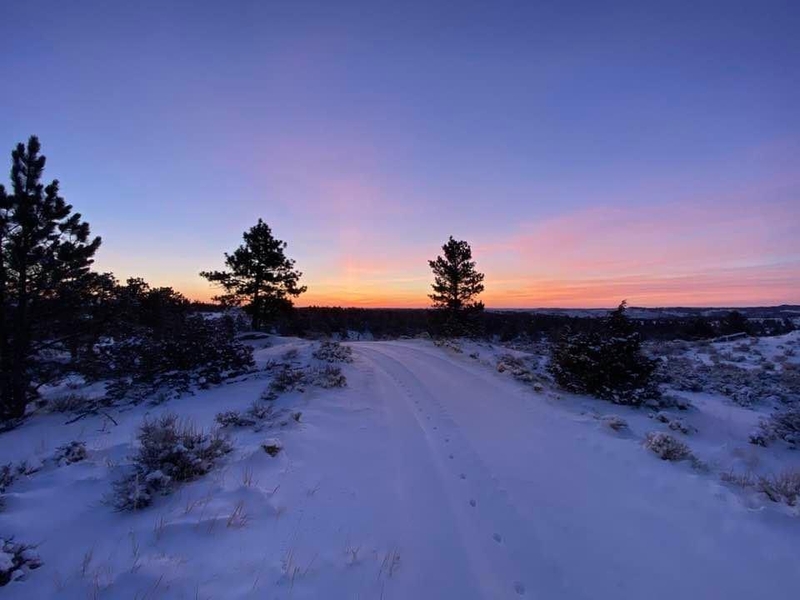 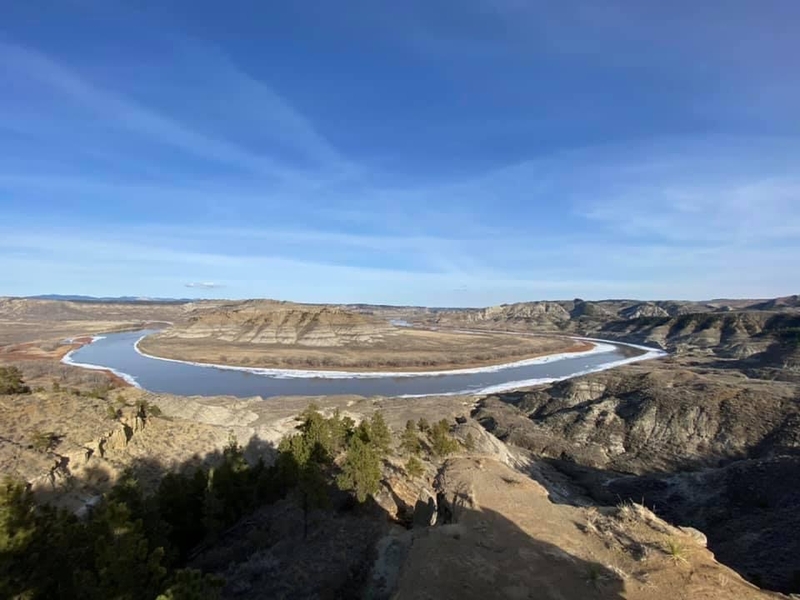 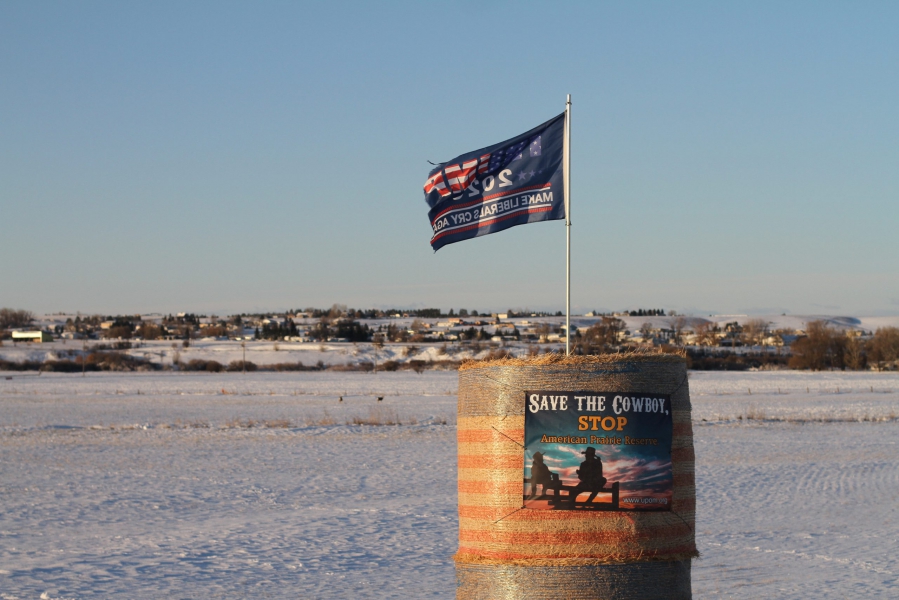 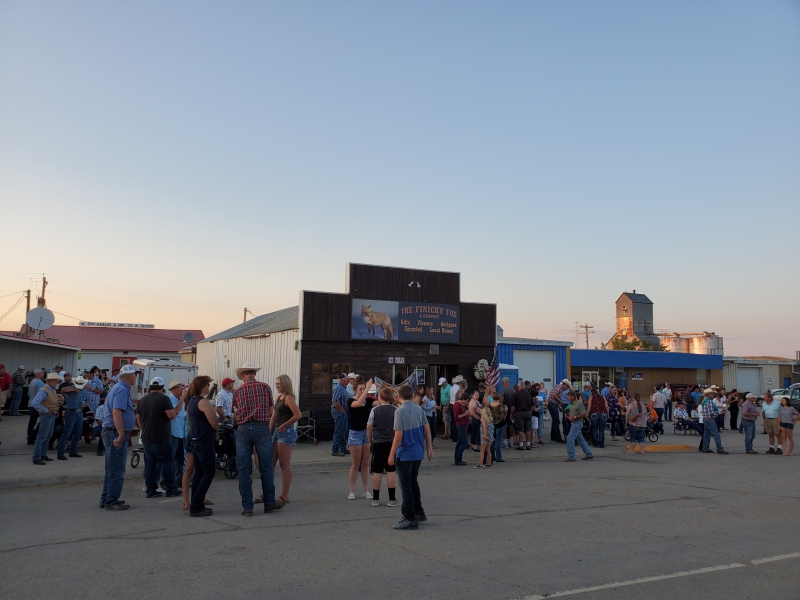 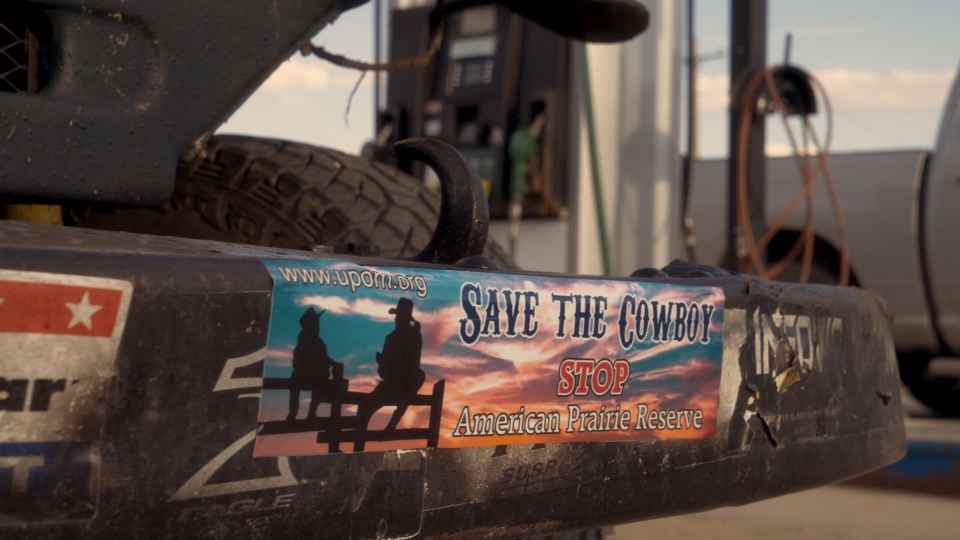 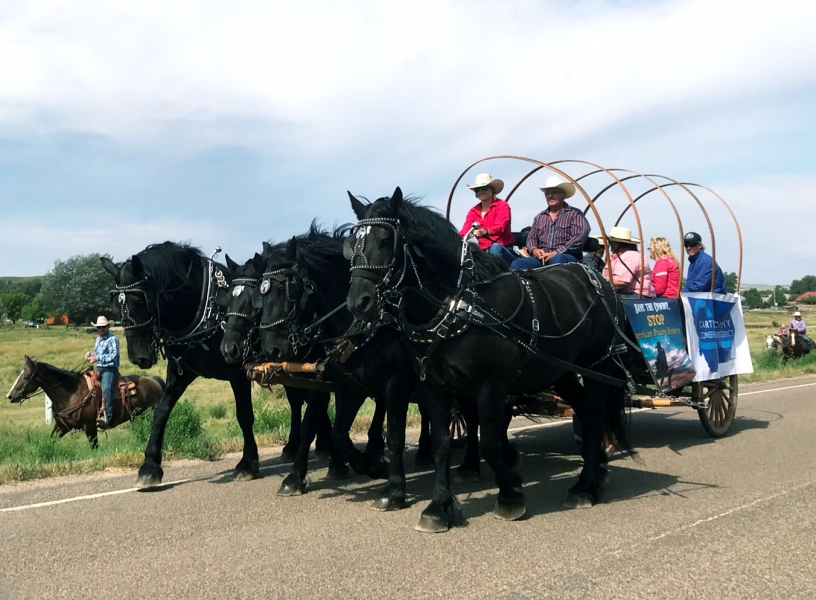 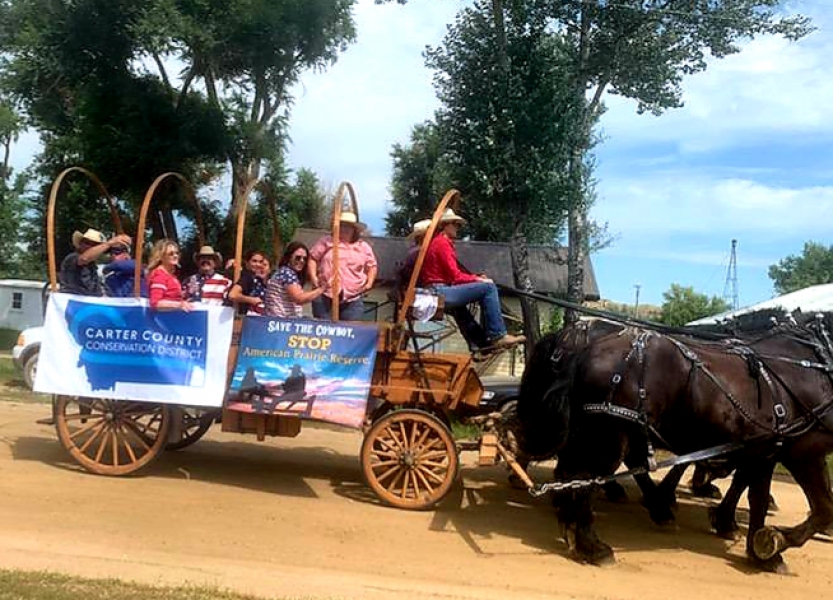 “Although the winters are cold and the Breaks are wild, it is not difficult to understand the draw of North Central Montana.

The Breaks leading to the Missouri River corridors comes upon you like a vision dredged up from an earlier time. Clay cliffs dive down into a deceptively peaceful river; the hills take on hues ranging from green to purple and gold, a panorama of rangeland fit for those willing to stop and appreciate its worth” 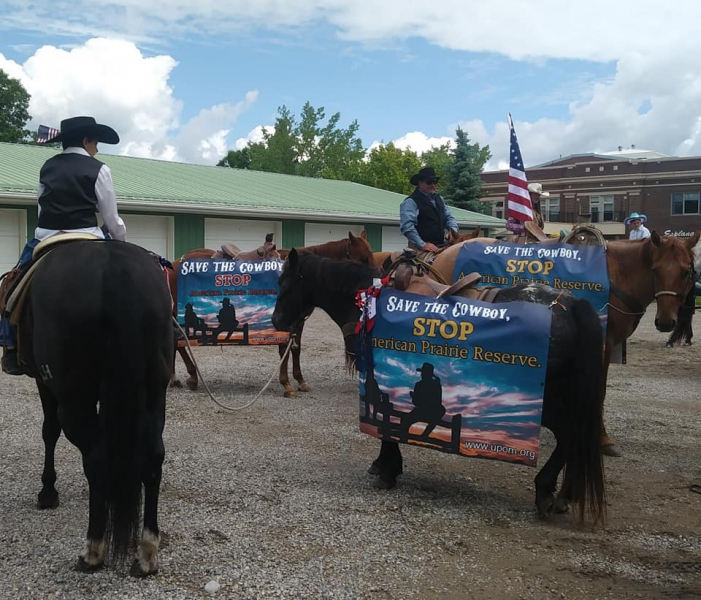 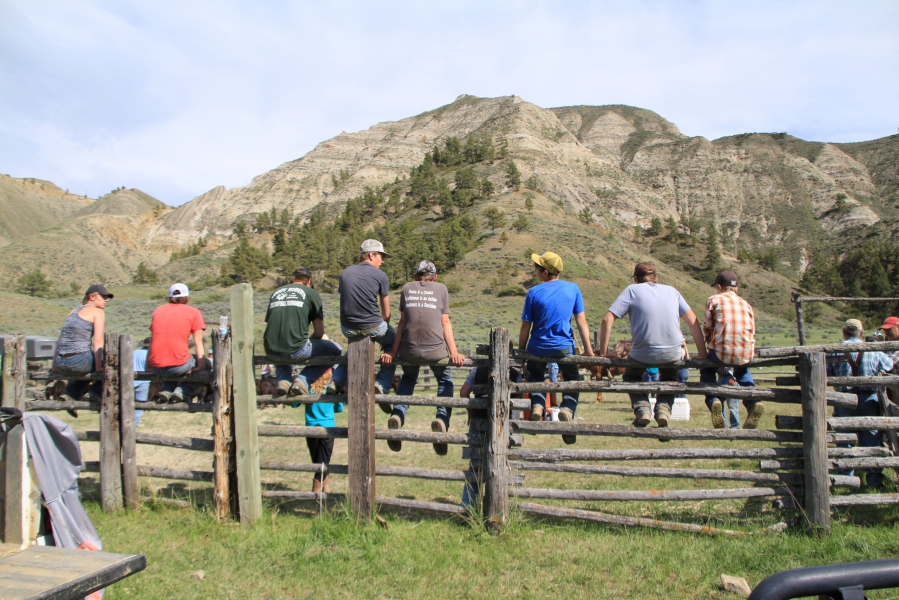 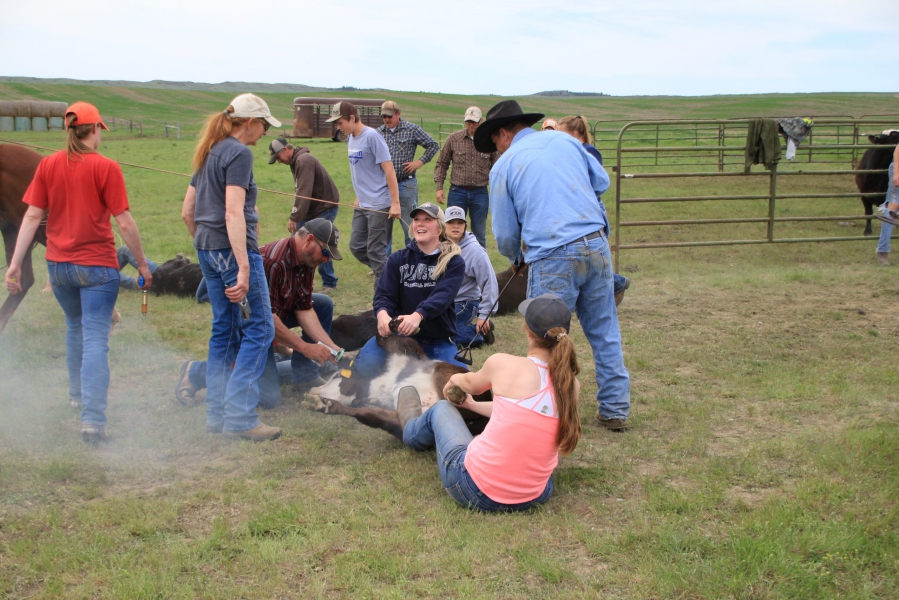 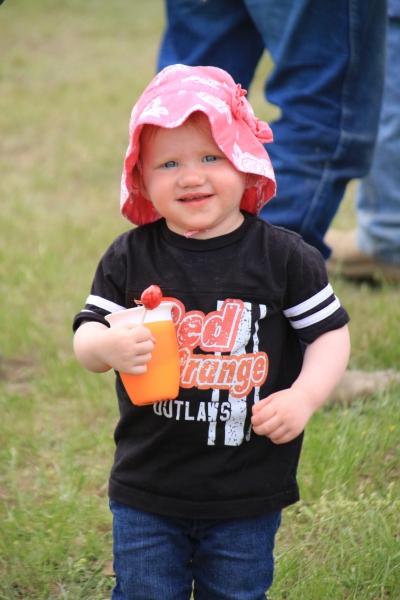 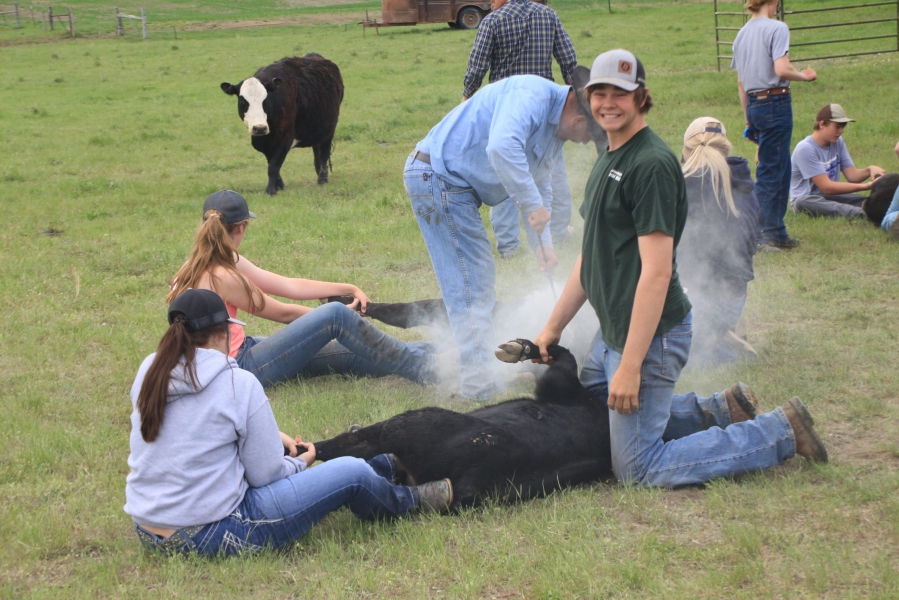 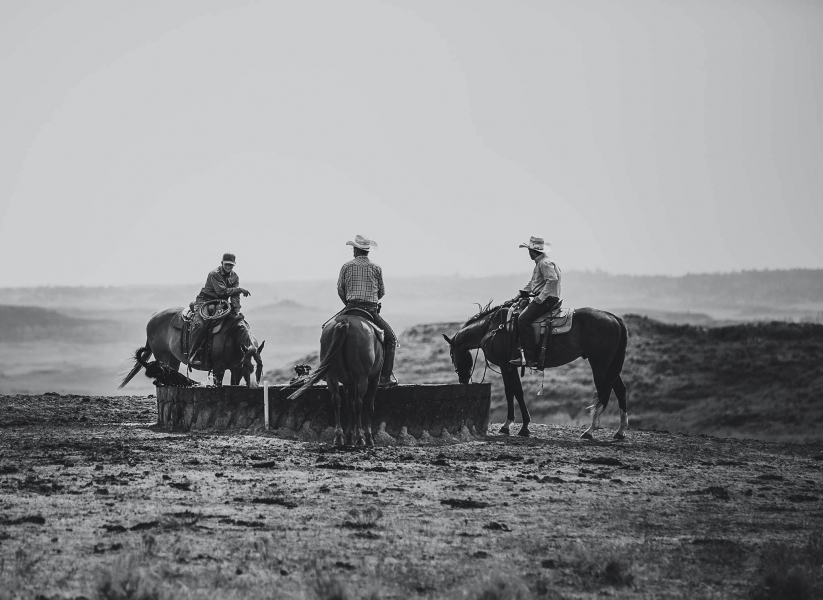 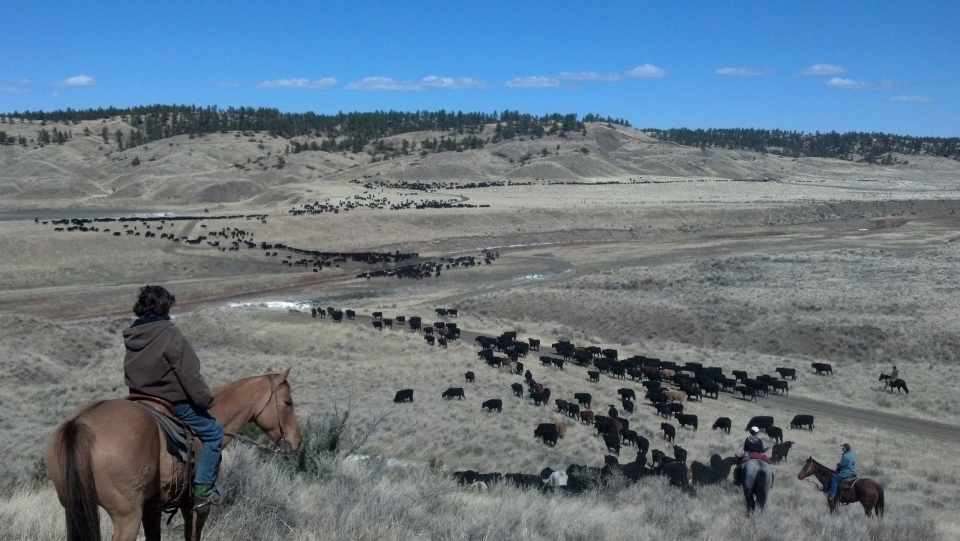 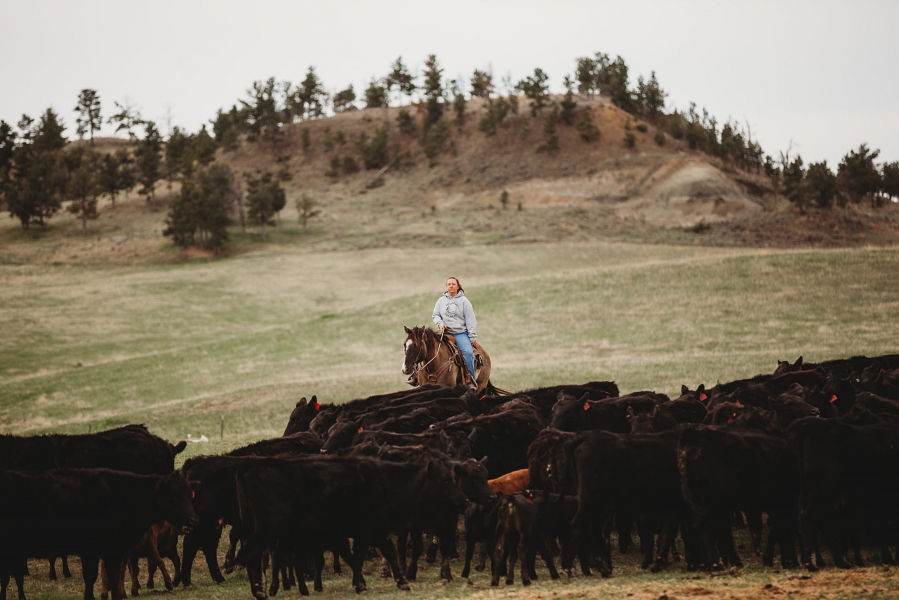 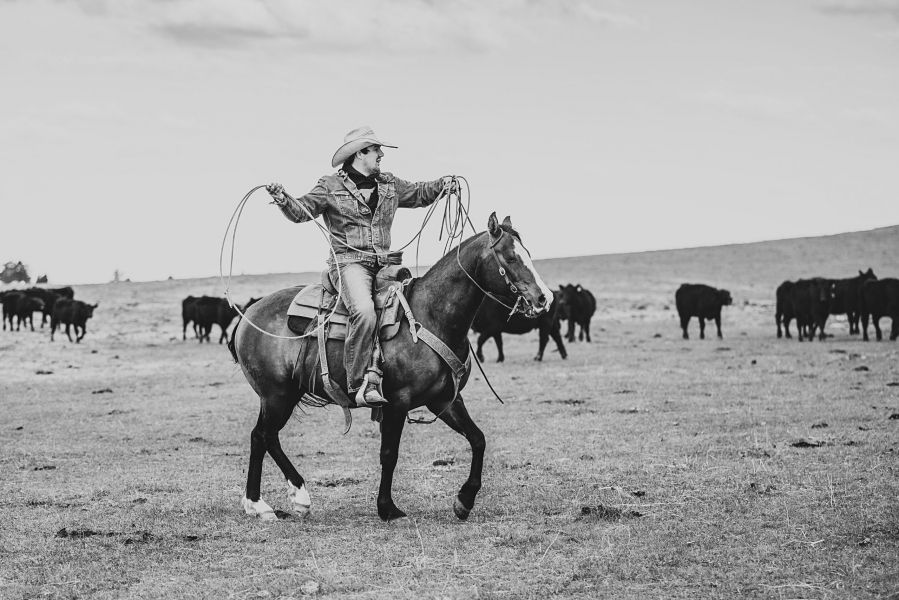 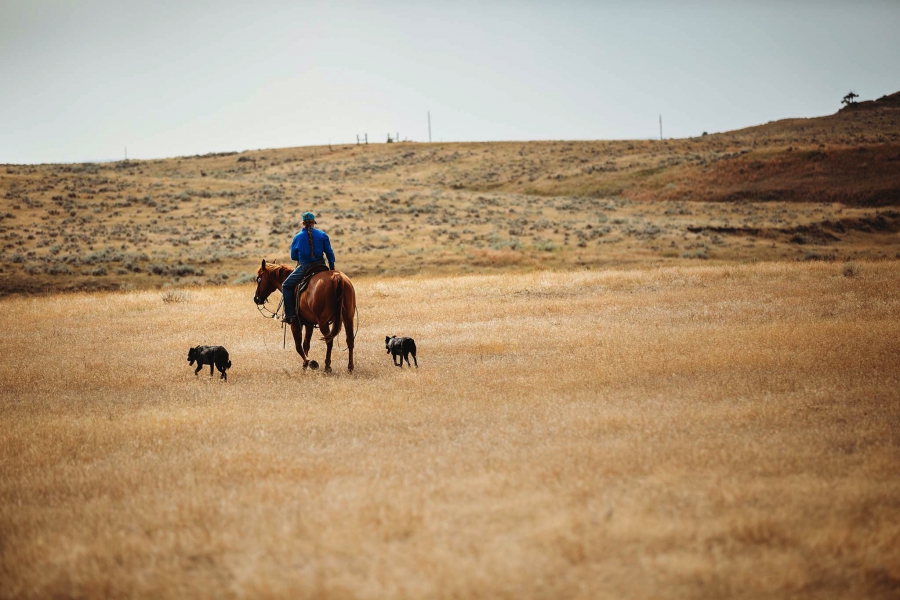 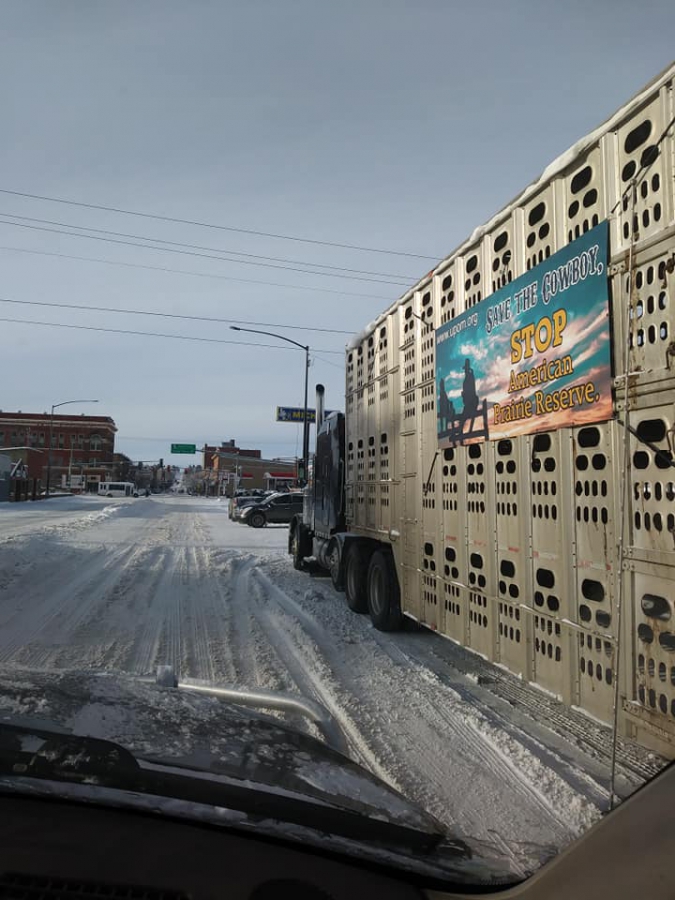 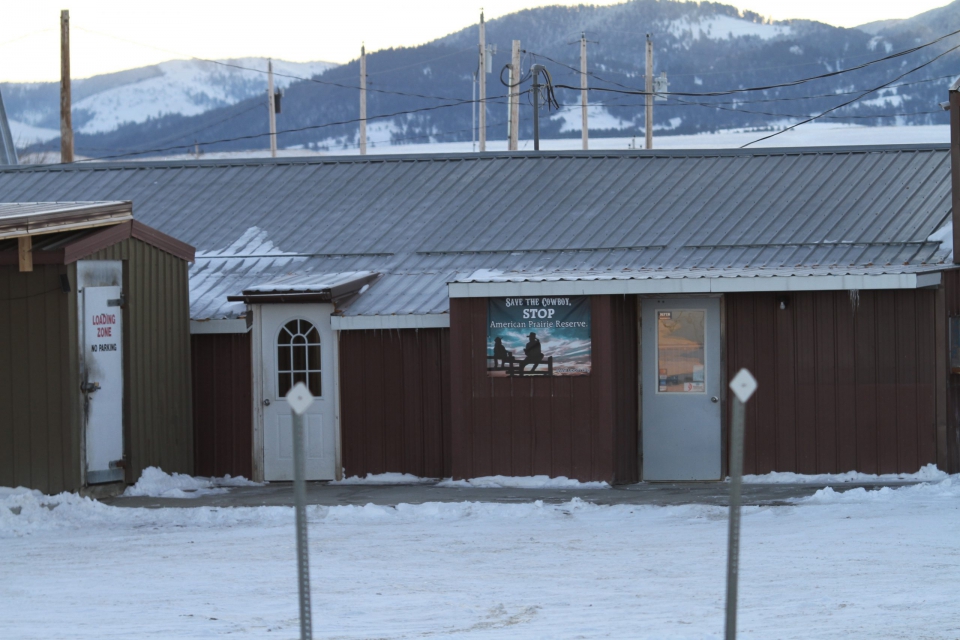 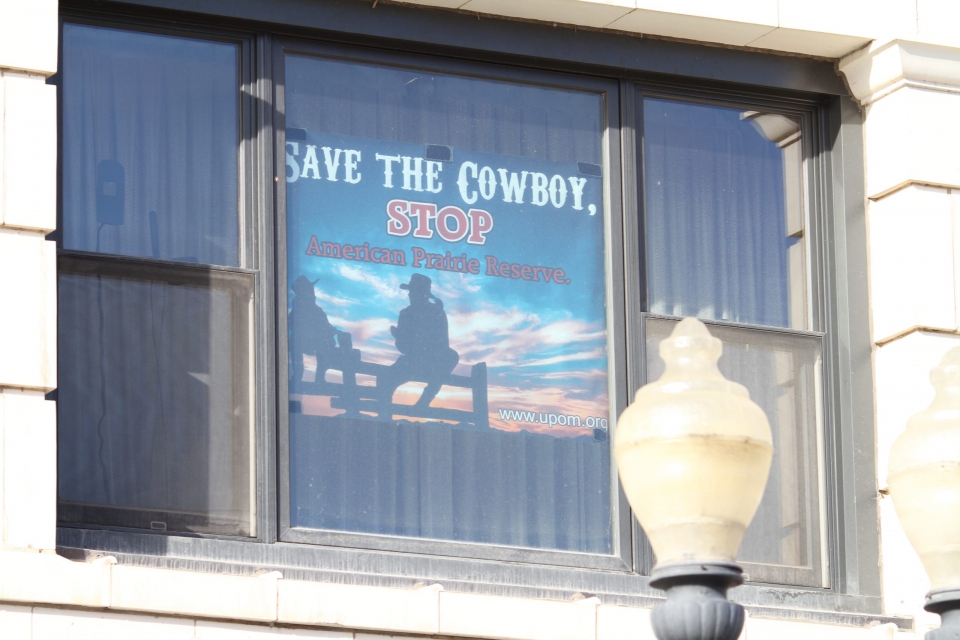 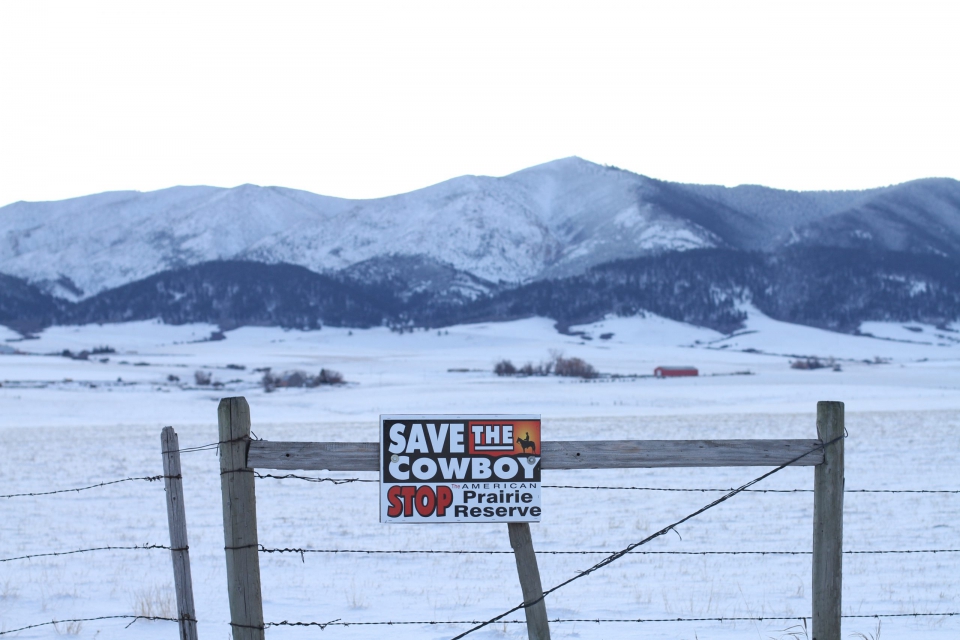 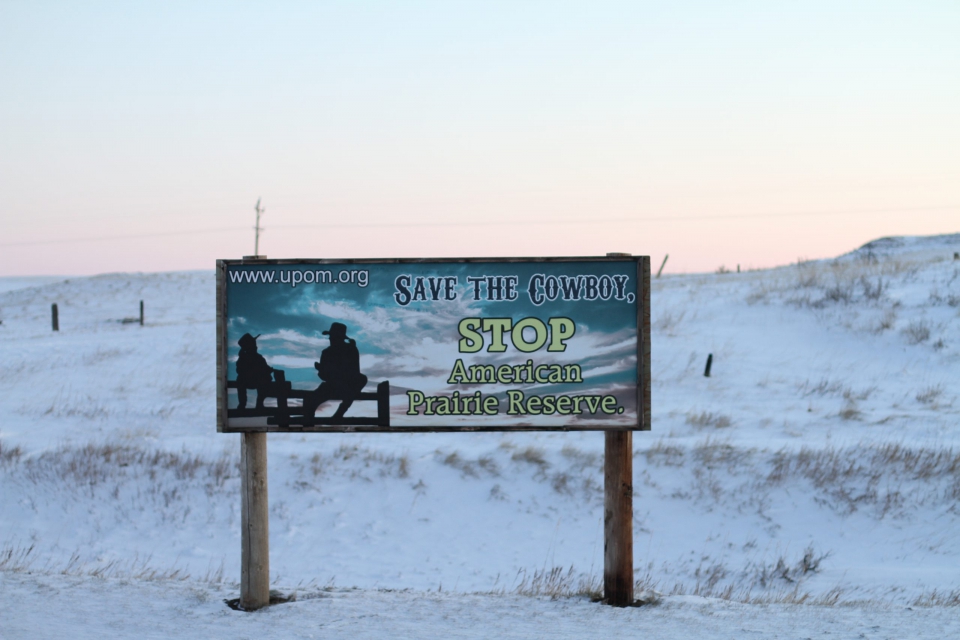 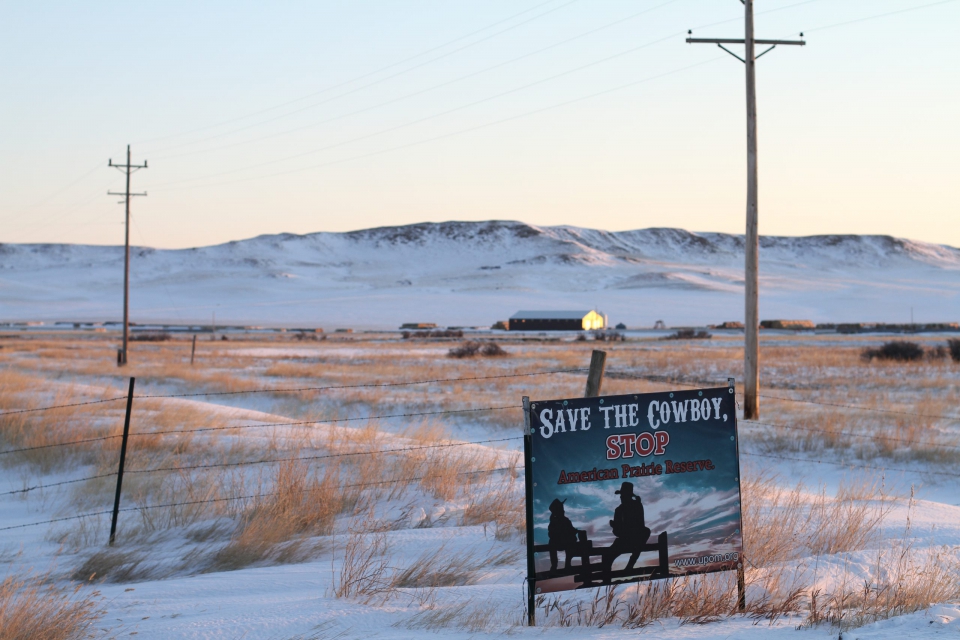 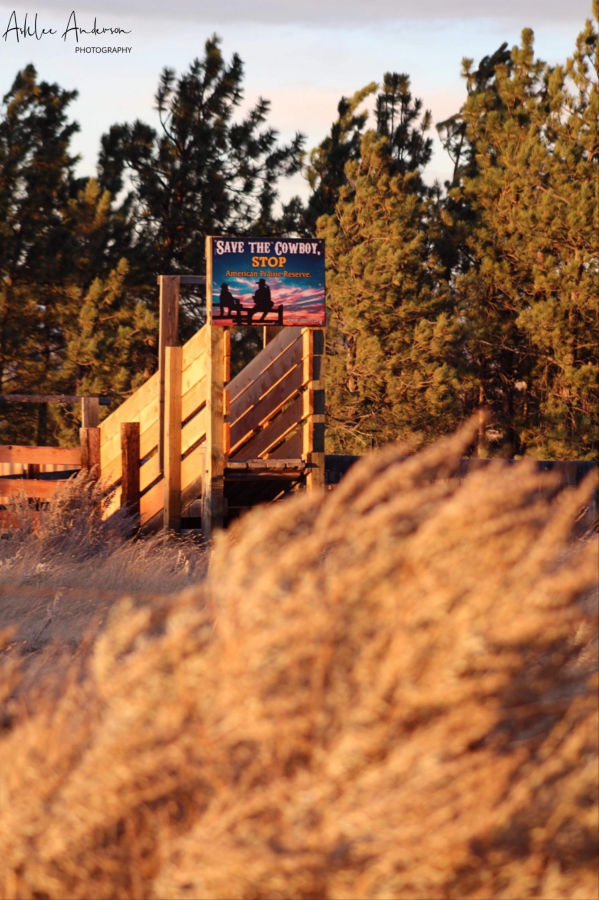 We are ‘Save the Cowboy’

‘Save the Cowboy’ is a grassroots movement started in 2016 by local, hard-working, determined ranchers who were feeling freight trained by the American Prairie Reserve (APR). As the APR swooped into North Central Montana, declaring that they would buy up every ranch within a 3.5 million acre area, we began to realize that their vision would silence a large part of Montana ranching heritage forever. We could not stand idle.

‘Save The Cowboy’ is the whole community of people who call North Central Montana home… People who love it deeply here, whose faces are weathered and hands gnarled by the elements.

We are tough because it’s tough country. We love the land, our horses, our dogs, our cattle, our communities. We take care of the land because the land takes care of us!

We are generation of farmers, ranchers, business owenrs, and families that homesteaded this area. We have come together to stand up for not only our livelihoods but for future generations in our communities.

We aren’t fancy talkers. We aren’t lawyers. We are voluneers for our communities. We are real people fighting for our future. We are true Montanans.